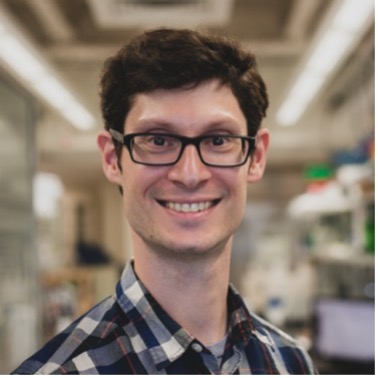 Microbes saturate our surroundings and shape their performance, playing integral roles in human health, agricultural productivity, and global nutrient cycling. The Crook Lab is interested in using synthetic biology to enhance the traits of microbes that live outside of the bioreactor, and in doing so address challenges that purified small molecules or proteins might have difficulty with. This talk will be divided into two parts – one focused on probiotic yeast, and the other focused on probiotic E. coli. In the first part of this talk, I will discuss our lab’s recent progress in optimizing both small molecule and peptide biosynthesis in Saccharomyces boulardii, as well as our efforts to enhance S. boulardii’s in vivo residence time. I will also discuss some new work from our lab focusing on the development of gut- and small-molecule inducible promoters for this organism. In the second part of this talk, I will introduce a new method for directed evolution that our lab has developed and enables evolution of long biosynthetic pathways. I will discuss our recent efforts to use this approach to engineer prebiotic catabolism in probiotic E. coli, as well as its fitness under gut conditions more generally. Taken together, this work establishes S. boulardii as a genetically tractable commensal fungus, as well as the utility of a pathway-wide directed evolution approach.