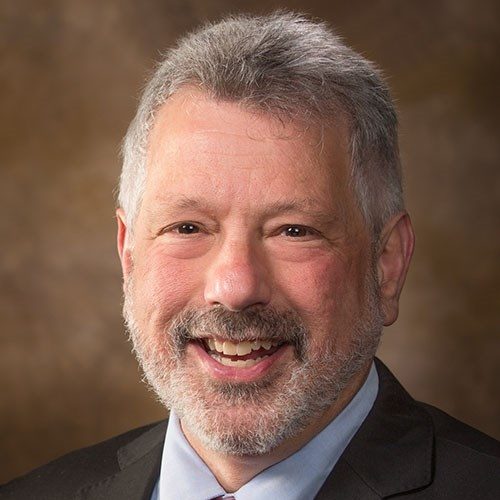 My recent work has focused on university administration. My most recent research focus is the ecological effects of environmental change, particularly elevated CO2 and how elevated CO2 interacts with changes in patterns of temperature, nutrients and water to affect plant physiology and performance, plant communities, ecosystem productivity and carbon and nutrient flux in both natural and laboratory settings. Other research focused on integrating plant anatomical and physiological development, originally using eastern cottonwood as a model system, toward gaining new perspectives on the susceptibility of plants to abiotic and biotic stresses; and using this integrated perspective to assess whether variation in plant responses to environmental variables is related to the optimization of costs and benefits. My laboratory also used this perspective to examine the physiological and evolutionary ecology of low molecular weight plant heat shock proteins (hsps), and we were the first lab to demonstrate a physiological function of these hsps in protecting photosynthesis during heat stress, as well adding significantly to our understanding of the ecological and evolutionary causes and consequences of variation in hsp production by plants. I also collaborated on a project using EcoCELL technology to understand the flux and accumulation of mercury in an experimental ecosystem.

Plant resource allocation– Our most cited work revolves around integrating plant developmental allometry into analyses of how plants change resource allocation among organs (leaves, stems, roots, reproduction, etc) in response to environmental stress. Our results and analysis led to significant refinements into a “theory” of optimal partitioning.

Global change, plants and ecosystems–  We published two papers in Nature, including one that was highlighted on the cover. The first presented initial results from a large, multi-million dollar field study of the effects of elevated carbon dioxide on desert ecosystems.  This work showed that under conditions of elevated carbon dioxide, and high rainfall, that not only did plant production increase by over 50% but that there was an explosion in the growth of an invasive species. Several additional studies elucidated complex interactions in deserts between plants, photosynthesis, water use efficiency, soil, microbiotic crust on desert soils, and water on ecosystem processes. We also demonstrated that desert ecosystems accumulate far more carbon than had been traditionally assumed.  In a second Nature paper, we used EcoCELL technology and a grassland ecosystem and found that extreme warming decreases net ecosystem exchange (NEE)  in both the extreme year and the following year by inducing drought that suppresses net primary productivity in the extreme year and by stimulating heterotrophic respiration of soil biota in the subsequent year.

Plant-herbivore interactions:  Our major contribution has been to use eastern cottonwood and tobacco as model systems to show the importance of plant development in regulating plant-herbivore interactions.  Results included demonstrations that herbivores track leaf physiological development stages, not leaf chronical age or position; that  induction of induced defenses or systemic induced reaction in response to herbivores, pathogens or environmental stress on leaves is controlled by  plant vasculature which is highly predictable, and that patterns of leaf production (e.g., determinate vs. indeterminate) can predict the prevalence of specialist vs. generalist herbivores in plant communities.

Grant Awards (PI, Co-PI or administrative PI for over $64 million in grants and contracts). Recent ones have been infrastructure focused and include.