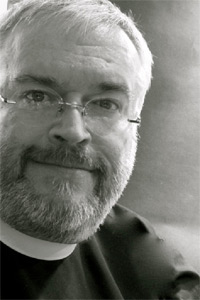 Matthew Stockard came to the biology department of UNCG because of an article in the Greensboro Daily News in the early 1970s. It described groundbreaking research taking place in the laboratory of Dr. Laura Anderton, who headed a lab that was among the first to culture human cells. Matt, a high school senior at the time, went to meet Dr. Anderton, eventually withdrew his acceptance from another university and ultimately became an undergraduate researcher in her lab. His fascination with complex systems combined insights from cellular and metabolic physiology from the laboratories of Dr. Robert E. Gatten and Dr. Anderton, microbiology studies with Dr. Robert Cannon, biochemistry with Dr. William Bates and genetic studies with Dr. Bruce Eberhart and Dr. Edward McCrady. Matt graduated with Bachelor’s and Master’s degrees in biology, and became an Instructor for the department. Discerning his path towards a biology PhD took him in another direction altogether—to another Master’s degree, this time in Theology from The University of the South in Sewanee and ordination as an Episcopal priest. He served parishes in the dioceses of North Carolina and East Carolina before entering again into the insights of complex system theory. He became the primary clergy assistant to the Bishop of East Carolina in 2000, and works in an organization development capacity for the seventy Episcopal churches of that diocese. He co-authors a blog on vocation for the wellness organization, CREDO. Those days of carefully mixing laboratory materials aren’t gone either: he’s an established North Carolina potter and brushwork he did long ago on Friday afternoon breaks with Dr. Eberhart still shows on his pots today. He is thankful each day for many lessons learned in the Department of Biology at UNCG.